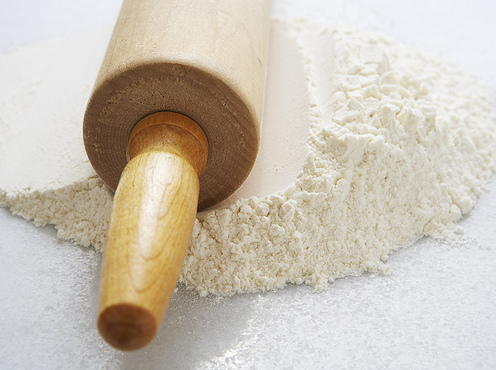 Baking an empty pie shell is called “baking blind.” Sometimes an unfilled crust is only partially baked, which sets the shape and dries the surface, discouraging a soggy bottom crust from developing when it comes in contact with a wet filling. Other recipes call for the pie to be completely baked until golden brown, usually to hold a finished filling. In either case, the raw piecrust would collapse in the oven if not supported with aluminum foil and some kind of weights until it bakes long enough to hold its shape. The amount of fat in the piecrust keeps the foil from sticking, so there’s no need to grease it. Aluminum or ceramic pie weights are a very good investment, as they absorb the oven heat and help crisp the crust. They aren’t cheap, but they last for years. Dried beans and raw rice are inexpensive alternatives, and can be saved in a jar to use a few subsequent times. But they will eventually spoil, so if they have an off smell, toss them out and use fresh beans and rice. You don’t have this problem with pie weights, which is why I think they are the better choice.

As stated above, the dough can be prepared up to 2 days ahead, wrapped in wax paper, and refrigerated. Let stand at room temperature for 10 to 20 minutes to soften slightly before rolling out or it may crack. The dough can be frozen, wrapped in wax paper and an overwrap of aluminum foil, for up to 1 month. Defrost in the refrigerator overnight. Unbaked piecrusts can be kept in the freezer in metal pie pans, covered tightly with a double covering of plastic wrap, for up to 2 weeks. (I don’t recommend this for Pyrex pans, because even though they are supposed to be fine going from the freezer to the oven, I still think there is a risk of breakage.) Do not defrost before baking. Bake the frozen piecrusts as directed, allowing an extra 5 minutes. However, unless you have a big freezer, it may be more space-efficient to freeze the unrolled dough.

NotesMake Ahead: See the suggestions above.

I have a 101 piecrust recipes and each one is great but they are just the recipes. What struck me about this recipe is the amount of detail and understanding that I learned about making a crust. And you know what, the crust was damn good if not great. I really appreciate knowledge and process besides the great outcome. 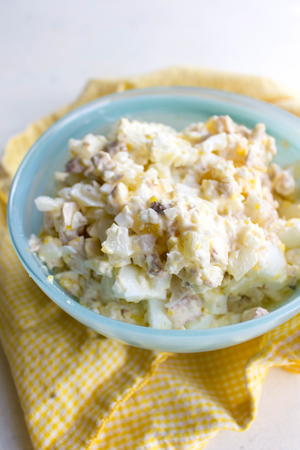 Egg Salad with Onions and Mushrooms

Though you probably think of egg salad as archetypally American, Jews have been eating a mix of chopped egg, onion, and schmaltz for… See more