All About Roasting: A New Approach to a Classic Art 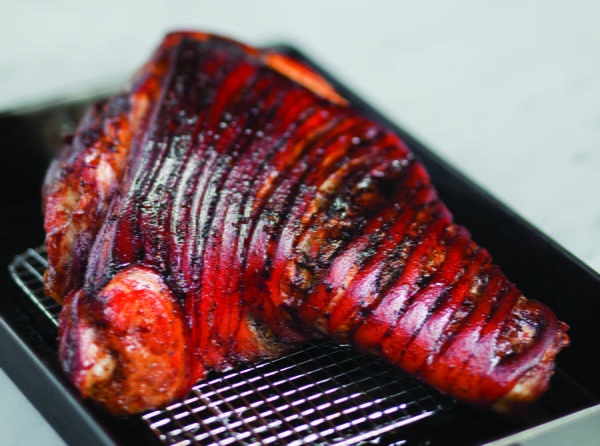 Editor's Note: Make this recipe for?Cuban-Style Marinated Slow-Roasted Pork Picnic Shoulder the next time you are craving a filling and flavorful meal. This Cuban pork roast recipe combines a wide variety of aromatics for a well-seasoned meal. The roasted pork tastes best when served alongside black beans and rice. Once you taste this Cuban-Style Marinated Slow-Roasted Pork Picnic Shoulder, you will never want to enjoy your pork roasts any other way. Serve this flavorful Cuban pork the next time you are hosting a family gathering and everyone is sure to be impressed.

This is my version of the classic Latin American dish of slow-roasted pork shoulder seasoned with a heady mixture of garlic, oregano, and citrus (I use a combination of limes and oranges to approximate the sour oranges of the Caribbean). It makes a festive party centerpiece, especially because it’s simple to carve—it mostly falls off the bone—and people can fight over the cracklings, or cuentos, as they are called in Cuba. For the complete experience, serve this with a dish of black beans and rice and to stones and/or sweet plantains on the side. Be sure to season the pork in advance so the citrus and seasonings have a chance to work their way through the entire roast.

Looking to add more Cuban recipes to your repetoire? Check out these recipes. 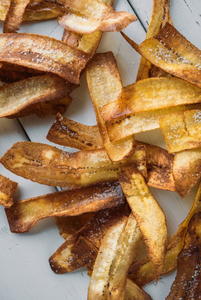 More Recipes from Molly Stevens
Molly Stevens is one of our most popular chefs here at Cookstr. Our readers love the roast recipes featured from her cookbooks, All About Roasting: A New Approach to a Classic Art  and All About Braising: The Art of Uncomplicated Cooking.

The marinade & spice rub gave a very good flavor to the pork. However, the roast was incredibly dry which I rested before serving--portions were inedible. I believe this must be an old recipe geared to fattier pork. The recipe says to score deeply, 1/2", but not through the meat. The fat on my roast was 1/8" at the thickest. Also couldn't do 30 min at 450. After 15-20 min the few drops of drippings in the pan started to burn. Definitely needs a finishing sauce or different cooking method or do Cubans serve dry pork? 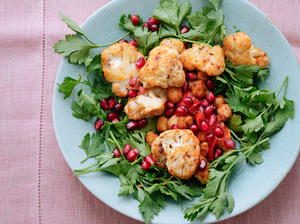 Warm spiced cauliflower and chickpea salad with pomegranate seedsThis is one of my favorite suppers, although there's nothing that… See more